Anxiety is essentially excess electrical current flowing through the brain. The human brain is both a chemical and an electrical organ. It consists of billions of electrical cells called neurons. Because various types of anxiety are derived from different brain regions, the symptoms of anxiety will vary. Many patients experience anxiety as excessive worry and apprehension about the future. These patients worry about things that may never happen. They expect the worst from their future and constantly experience a feeling of impending doom. Other patients describe anxiety as edginess, the inability to relax and, in severe cases, pure panic. These patients often state, “I feel like my brain is plugged into an electrical outlet.”

Since 1980, anxiety and panic disorders have tripled in the U.S. At the same time, addiction has more than tripled. There is an obvious correlation. Patients are using drugs and alcohol to relax their anxious brains.

The American Psychiatric Association has arbitrarily classified five main types of anxiety disorders based on patient symptoms, not causation. The five classifications of anxiety from the psychiatric Diagnostic and Statistical Manual (DSM IV) are listed below. There is much overlap among these various anxiety disorders.

Each of these are summarized below

Generalized Anxiety Disorder (GAD) is essentially what the name implies, a generalized term. As described by the American Psychiatric Association, generalized anxiety is characterized by chronic anxiety, excessive worry, brain and body tension. Most often there is no emotional or social cause for it. Accordingly, patients with GAD become overwhelmed with everyday events and find relaxation almost impossible.

Truthfully, the symptoms of GAD, as stated by the American Psychiatric Association, are derived from a combination of obsessive-compulsive anxiety along with the anxiety experienced by patients when they suffer excessive electrical activity in their brain.

Obsessive-compulsive disorder is an anxiety disorder in which recurrent, unwanted thoughts and/or behaviors are prevalent.

Because these patients cannot register the positive events in their life, they begin to assume that nothing good can or will happen. Therefore, they worry excessively about their future. Patients with obsessive-compulsive anxiety worry themselves to sleep and wake up worried. When the obsessive-compulsive anxiety worsens, patients are many times officially diagnosed with obsessive compulsive disorder (OCD). Often these patients find relief when performing repetitive processes or behaviors.

Panic disorder involves feelings of terror that can occur suddenly and often unexpectedly. These feelings can be accompanied by intense physical symptoms such as tachycardia (racing heart rate), nausea and sweating. These patients frequently develop a surge of panic when thinking about certain people or considering future events, such as work. Panic disorder is essentially a more severe level of excessive electrical current running throughout the brain.

Post traumatic stress disorder (PTSD) is a type of anxiety that develops after a negative event or chronic negative scenarios in which serious physical harm has occurred or was threatened. Dramatic events such as violence, disasters, accidents or belligerent work colleagues can trigger PTSD.

Serotonin is a calming brain chemical. Serotonin deficiency is the most common cause of anxiety in Americans. Two chemical reactions are required for the production of serotonin. 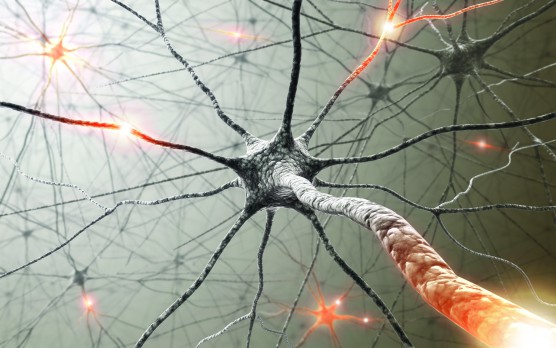 First, the amino acid tryptophan found in food is converted into 5-hydroxy tryptophan (5-HTP) in the small intestine. The second step occurs in the brain where 5-HTP is converted to serotonin. A huge majority of people, due to intestinal issues, are unable to complete the process that provides the needed 5-HTP to the brain.

When patients suffer with gluten sensitivity, they develop severe intestinal permeability or leaky gut syndrome. They constantly leak undigested proteins from their gut into their bloodstream. The result is excessive levels of the stimulating brain chemical glutamate and a deficiency of relaxing brain chemical GABA.

Taurine is another calming brain chemical. It enhances GABA activity in the brain. When patients suffer excessive Candida overgrowth in their intestine, taurine is depleted. Taurine deficiency can contribute to anxiety and insomnia.

Estradiol, the most powerful form of estrogen, enhances serotonin receptivity and can quiet brain neurons.

Women who suffer Candida overgrowth in their gut have an imbalanced gut microflora that produces toxins that have been found to interfere with hormone function.

Progesterone is a calming hormone. Upon conversion it activates the GABA receptor. Again, GABA is the most powerful relaxing brain chemical.

Histamine is an inflammatory chemical as well as a brain chemical, not a well recognized fact within the medical community. Histamine’s chemical structure is nearly identical to dopamine, and it actually activates the dopamine receptors in the brain. Patients who develop leaky gut syndrome also develop excessive histamine levels in their brain. Histamine is released from mast cells every time an antibody attacks protein that leaks from the gut into the bloodstream.

The histamine flush, a red flush across the lower neck and upper chest, is so common in American women that their physicians think it is normal. They call it dermographia. Because traditional medical physicians have minimal knowledge of leaky gut syndrome, they fail to realize that the red flush is actually an indicator of excessive histamine production, a clear visual cue that the patient suffers excessive inflammation throughout the body and brain.

Dopamine is a powerful stimulating brain chemical. The brain’s pleasure center runs on dopamine, thus, dopamine deficiency can cause depression. However, excessive production of dopamine causes too much electrical stimulation throughout the brain and, hence, subsequent anxiety. In even more severe cases, bipolar disorder and schizoid symptoms can occur.

Dopamine naturally converts to norepinephrine, which then converts to epinephrine (pure adrenaline). These three brain chemicals are known as catecholamines. This process can be interrupted by a deficiency of either vitamin C or copper. Copper deficiency can occur secondary to excessive zinc intake, or malabsorption of copper.

Over 70,000 synthetic chemicals have been created since 1930 and the top 100 are known to be brain toxic. Glutamate production surges within the brain when it is saturated with these fatty toxins. Subsequently, the toxic brain feels a continuous power surge.

Epinephrine is pure adrenaline and it stimulates electrical energy in nerves throughout the brain and body. Fully 90 percent of epinephrine is made in the adrenal glands which sit on top of the kidneys. Intense emotional or physical stress results in the brain’s pituitary gland over-stimulating the adrenal glands, which then produce excessive levels of adrenaline causing anxiety.

Magnesium reduces electrical activity in the brain by preventing calcium from entering the brain neuron, thereby calming the brain.

Potassium deficiency has been found to cause an overactive, over-electrified, anxious brain.

Caffeine also induces anxiety. When one drinks too much coffee, anxiety-like symptoms appear. Doctors will usually ask if a patient consumes caffeine when evaluating anxiety disorders. Caffeine-induced anxiety has been shown to increase the amount of kynurenine in healthy patients. Kynurenine is an amino acid produced from tryptophan and, when present at high levels, means that the body is converting tryptophan into kynurenine instead of serotonin. Excessive caffeine consumption causes serotonin deficiency and an OCD-type of anxiety.

High amounts of kynurenine are also seen in people who suffer excessive inflammation, found in people with anxiety. Interestingly, inflammation in the mouth, as with periodontal disease, has also been associated with anxiety. Periodontal disease occurs when there is an excess of pathogenic bacteria in the mouth. The toxins from these bacteria can cause excessive glutamate production and subsequent anxiety. This is just one more example of how digestive function is connected to brain function.

Pesticide and heavy metal exposures have been shown to induce anxiety behaviors. The neurotoxic effects of environmental toxins have been recognized for quite a while. With the exposure to thousands of toxins that people face daily, their cumulative effect is taking its toll. As these toxins build up and are stored in the body, health gradually declines. Anxiety is yet one more condition which may result from this toxic accumulation.

What Are the Signs and Symptoms of Anxiety?

There are many symptoms of anxiety, and they vary for each anxiety disorder. However, many of the symptoms overlap.

Some of these symptoms include:

Physical exercise should be a first line treatment for all anxiety disorders. Exercise releases multiple anti-anxiety chemicals including endorphins. Exercise pumps more blood into our brain, which increases the delivery of oxygen and nutrients needed to heal damaged brain cells. The increased cerebral blood flow derived from exercise also helps flush out or remove the many man-made brain toxins.

Our great grandmothers and grandfathers performed strenuous physical work outside in an abundance of sunshine and fresh air. They exercised 12 hours a day for survival. Today we sit behind a desk all day in a stuffy office, ridden with indoor toxins, unable to exercise until the end of the day when we are just too tired. On the way to that stuffy office, we play out the movie “Fast and Furious” while driving down an eight-lane highway, all the while developing stress-induced anxiety as we attempt not to get run over by the guy in the next lane. Why are we so astonished that the prevalence of anxiety and subsequently addiction in America has tripled since 1980?

Treatment for situational anxiety derived from losing one’s home or going through a divorce, as well as other anxieties derived from emotional distress such as PTSD (post traumatic stress disorder) should be treated with quality counseling, cognitive behavioral therapy, eye movement desensitization, yoga, and potentially, hypnosis. Remember, these same patients also have many biochemical issues that exacerbate or amplify their anxiety symptoms. Therefore these patients also must receive a comprehensive treatment regimen designed to optimize brain chemistry and correct neurobiological disorders; the type of program used to correct anxiety disorders caused by imbalance of hormones, brain chemicals and gut dysfunction.

Gastrointestinal dysbiosis with intestinal permeability, or leaky gut syndrome, is the most common undiagnosed cause of anxiety disorders in Americans. Unfortunately, undisclosed antibiotic levels in our city water and food supply destroy the normal flora (good bacteria) in unsuspecting Americans. Therefore, accurate diagnosis and treatment of toxic gut syndrome will greatly ameliorate or completely eliminate anxiety in a majority of patients.

At one point I was experiencing unusual anxiety in my own life. I decided to see an alternative practitioner to help balance my hormones. My anxiety levels decreased noticeably as my hormone levels normalized.

Later when I developed pain and inflammation in my hands, I saw another doctor who told me that it was arthritis, and that I was just getting old. I wasn’t buying it. On my own, I discovered that I had a genetic predisposition to gluten sensitivity, so I began a very strict gluten-free diet to help minimize the inflammation in my system. For many years I had been “mostly” gluten-free. In my case, total commitment was the only way to reduce my inflammation. I created a strict program to rebalance my gut and to this day I continue to maintain a gluten-free, very largely grain-free diet. I’m thrilled to tell you that the pain and inflammation are gone, and as long as I follow my healthful rituals, they don’t return.

The take home message is that it can take some time and investigation to get to the bottom of your health condition. I implore you to start at the base—restore healthy digestion. Then you will have a strong foundation from which to build your vitality.

The following recommendations will help you take back your health.