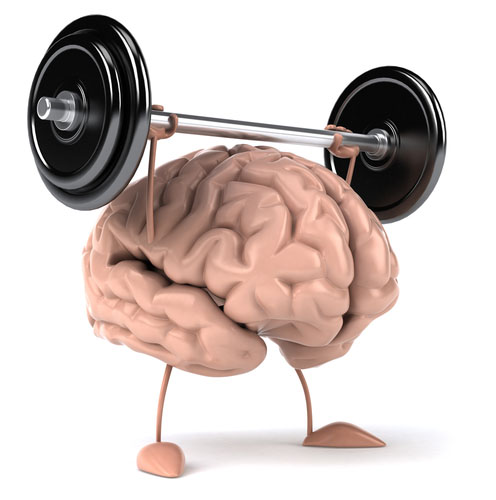 Have you ever worried that dementia might creep up on you? If so, do you have any idea what you might do now to lessen your chances of dementia developing? I know that I’ll do just about anything to maintain the sparkle in my brain! I think I found something great for us. I’d like to introduce you to a computer exercise named “speed-training”.

An article I read in the Wall Street Journal described the results of a 10-year study regarding dementia. It was reported that speed-training may greatly reduce our future risk of developing dementia.

The study funded by the National Institute on Aging and the National Institute of Nursing Research, involved 2,832 healthy individuals between the ages of 65 and 94. Research was conducted at six sites around the US. It was a random trial where participants would receive one of three cognitive training programs, with a fourth group set up as a control. The study continued for 10 years!

The results of the ‘first of its kind’ study were presented at the Alzheimer’s Association International Conference last July 24th. Toronto was the site of this event which was the world’s largest gathering of Alzheimer’s researchers in one place. The study, named ‘Active’ (Advanced Cognitive Training in Vital Elderly) was very happily received.

The speed-training subjects were initially given 10 one-hour training sessions over five weeks, with an instructor on hand should help be needed. Booster sessions were provided for certain participant groups a year later and then three years later. As I mentioned earlier, the subjects were followed for 10 years.

Some participants only received an initial 10 hours of training at the start of the study. This group demonstrated on average a 33% lower risk for developing dementia all those years later. The group that received the additional follow-up sessions showed a risk reduction of 48%! Please note however that these results are still considered preliminary pending peer review and publication.

No matter, I find these initial findings very hopeful! I was pleased to learn that the computer program is available now since it’s common for exciting research data to be presented years ahead of our ability to actually make use of it.

I was interested to read that the Active study included previous research on other brain training as a part of their report. At different points, I have initiated these types of programs into my own daily routines.

As presented, tthree different types of brain training studied all led to improvements in cognitive function and the ability to perform daily living skills, such as preparing a meal. Especially relevant is that speed-training surpassed the other techniques in reducing the incidence of at-fault car crashes and averting declines in health. I was truly excited to learn that it seemed to be effective in preventing symptoms of depression too. Now that’s some computer program, I’d say!

The specific exercise used in the study was developed by the research team. However usage rights were acquired by Posit Science of San Francisco. They’ve developed a more user-friendly version of the game called Double Decision. That program is now part of the company’s BrainHQ online service. A monthly subscription including access to Double Decision is $14/month or $96/yr.

Speed-training is designed to improve the speed and accuracy of processing visual information and expand the useful field of view (UFOV). UFOV is the visual area within which a person can make quick decisions and pay attention without moving their eye or head. It seems UFOV decreases as we age, and a decline in UFOV is associated with a decreased ability to perform daily tasks, particularly driving a car.

Clinical studies on the brain that validate subjective testimonials can be hard to find. That’s why I am excited to discover a study like this.

“For the majority of brain fitness products sold today the marketing hype has exceeded the science. The Active results will definitely provide a big credibility boost to the field,” says Murali Doraiswamy, director of the neuro-cognitive disorders program at Duke University Health System in Durham, N.C.

I certainly imagine this is just the first of many long-term studies with a focus on brain fitness. A future clinical trial has already been proposed to determine the optimal dose of speed-training (that’s a question that occurred to me!). The research team also wants to clarify the effects this activity has on the brain.

Speed-training seems to offer huge benefits with very minimal risk, if any at all. Imagine if we couple brain fitness exercise with food choices that support brain and body health.  Dr. Perlmutter makes excellent suggestions in Brain Maker and I know that Skinny Gut Diet recommendations are great brain food, too! These reasonable efforts can yield giant rewards over time. Brain exercise and brain diet are a natural pair.

By the way, the recommended time to begin speed-training is age 50. Have you tried this exercise or one like it? Did you feel that the time you spent was valuable? Please let me know. My wish for you is a clear mind and healthy body always!