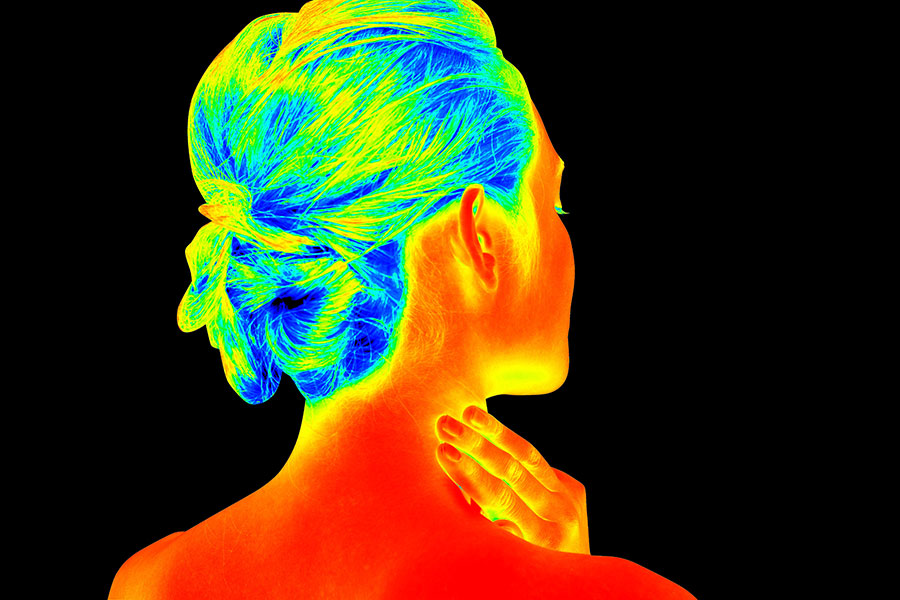 The topic of breast cancer screening is a controversial one, with an array of recommendations even among mainstream medical organizations. Mammograms are the recommended screening method in conventional medicine, but when to begin screening and how often to screen are debated. More and more integrative physicians are looking to thermography as a safe screening method that can greatly reduce the need for mammograms. Have you heard about thermography yet? If not, here’s the scoop.

In 2009, the United States Preventive Services Task Force (USPSTF) revised their 2002 recommendation that women 40 years or older get a mammogram every one to two years because the number of women who received a false-positive result is higher when mammograms are performed on younger women (and thus, unnecessary invasive biopsies and further testing are performed). Their updated recommendation is that women 50 to 74 years undergo mammogram screening every two years. But some conventional organizations, like the American College of Radiology, say this is too late to begin screening.

The updated USPSTF recommendation reduces not only the need for additional testing, but also the amount of radiation women receive, which can accumulate over the course of a lifetime and increase risk of, ironically, cancer development.

Thermography is a form of thermal, or infrared, imaging. Thermography detects heat in the body. Areas of the body with higher blood flow are naturally higher in temperature. In areas where tumors develop, additional blood vessels are created to bring nutrients to the tumor. These show up as distinct areas on thermography, which can detect abnormal cell growth years earlier than a mammogram.

Early mammography can lead to false-positives because younger women are more likely to have dense breast tissue, which can resemble tumor tissue. More invasive follow-up tests, like ultrasound, MRI, and biopsy, are often recommended for such women, most of whom end up with a benign result. To avoid such unnecessary testing, expense, worry, and radiation exposure, thermography can be used to identify abnormal cell activity, even in women with dense breast tissue.

How to Get the Most Out of Thermography Screening

Thermography screening can help you identify abnormal cell activity, at which point additional testing, including mammography, can help to determine the cause of the abnormality. Thermography can be used on its own, or it can supplement mammogram screening. Work with a knowledgeable physician to determine what’s best for you, based on your risk factors and age.

When choosing a thermography center, be sure that it’s run by board-certified physicians who are trained in thermography interpretation, and are available to discuss your results. According to medical thermographer Philip Getson, D.O., you should choose a thermography center that has a “drift factor” under 0.2 degrees centigrade. The room in which the screening is performed should be free of outside light, and the temperature in the room between 68 and 72 degrees Fahrenheit.