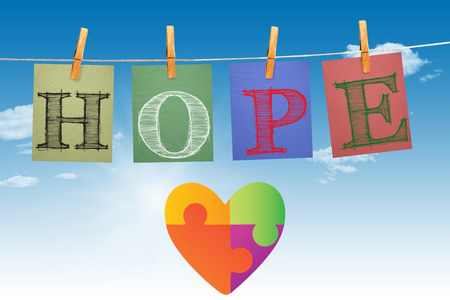 You see, in one of the episodes of my recent PBS special, Natural Health Breakthroughs with Brenda Watson, I interviewed a woman who had undergone fecal transplant with great success. She had been extremely ill with recurrent C. difficile bacterial infections when this innovative treatment was suggested. She felt she regained her life through this process. Now I see it’s being used to help young people with autism!

For those of you unaware of this procedure, fecal transplantation is done by processing donor feces and screening it for disease-causing viruses and bacteria. Then the “healthy” microbes are inserted into the participant’s digestive tract to rebalance the gut, known as the microbiome.

The boys and girls diagnosed with autism, ages 7 to 16, initially were administered a two week course of antibiotics to essentially wipe out existing bacteria, with hopes to start with a “clean slate”. Then doctors then gave the participants a high-dose fecal transplant of healthy donors’ bacteria and viruses in liquid form. Over the 7-8 weeks that followed the youngsters drank smoothies blended with a lower dose powder.

Although it was a small study (18 children), the results appeared to be extremely positive. Diarrhea and stomach pains decreased markedly – up to 82%, and parents also reported that behavioral autism symptoms significantly changed for the better. The study followed the participants for 8 weeks after the implantation, and positive results appeared to continue.

Researchers were also able to use laboratory testing to compare the autistic children’s bacterial diversity with their healthy peers following treatment. The participants’ bacterial diversity had improved to the point that the test results were indistinguishable from healthy children. This is such an important finding since previous research has shown that children with autism typically have less diversity of bacteria in their guts, and are also missing some important bacteria that are regarded as markers of a healthy microbiome, as I discussed in this blog.

The relationship between mental health and gut microbes has been researched often as well. So it seems logical that attempts to restore balance to the autistic child’s gut, as so many parents have worked to do over the years with great results through diet and probiotics, would and does result in better health.

It’s exciting to see that research may offer a more direct tool in the future with the potential to improve so many lives. As larger studies are done, it is hoped that researchers will uncover the precise bacteria and viruses that impact very specific diseases. What an interesting future we have to look forward to!

For over 20 years, Brenda Watson has dedicated her career to helping people achieve vibrant, lasting vitality through improved digestive function. A dynamic digestive care advocate and celebrated PBS-TV health educator, she is among the foremost authorities in America on optimum nutrition and digestion, natural detoxification methods, and herbal internal cleansing.
Close Menu
×
×